It's Been Five Years in Crypto 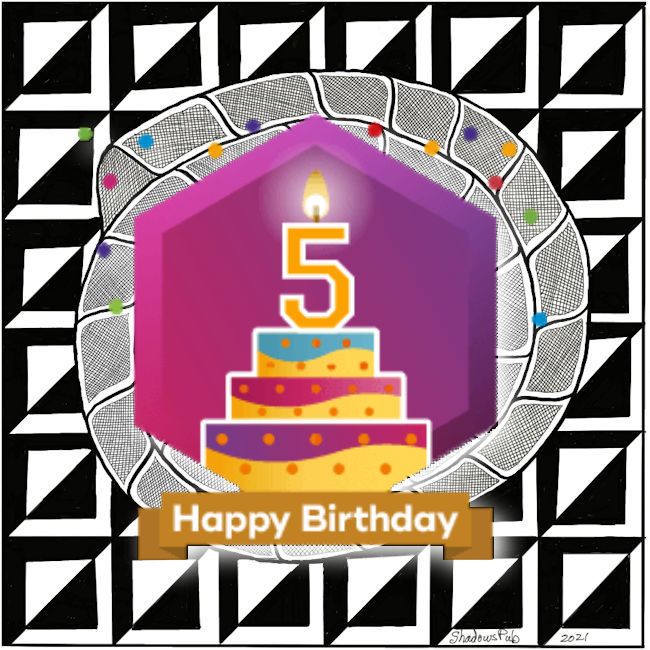 I’ve been head down on a project today, creating a journal and covers. A little while ago I checked through my notifications and discovered a note from @hivebuzz reminding me today is the fifth anniversary of my joining Steem and now on Hive.

What a journey it has been. Hard to believe it’s been only five years. When I found the Steemit site that day I only vaguely knew about crypto. I had no idea how it worked or even if it was real value.

Often things come into our lives when we need them most. I didn’t actually know it at the time when I started on Steem but my life and focus of attention offline was shifting. That gave me the time to focus online. I’ve enjoyed the journey, the learning. Always seems like a lot more to learn but that will happen when I need it.

For a couple of years, or so, I did a weekly live curation show called Pimp Your Post Thursday. It was an interesting time. People from the blockchain presented their posts, we got to know each other, made connections. Yes, connections, people would talk about their plans and next thing we knew, someone else had something to contribute. It was always cool seeing those happen.

From the show and the discussions around it, emerged the idea of a monthly Witness chat, bringing the community and Witnesses together to get to know each other and talk about concerns on the platform. I was always learning something.

It was hard to believe that when I started the idea of leading a voice chat once was far from my comfort zone. To evolve to every week, and two shows, that was a big step for me. I also learned how to record them and livestream. The need came up, and I learned. My favourite way to learn most of the time.

There was that Witness vote where the discussion about newbies and onboarding them came up. While I was moderating the chat, @dreemsteem had a brainstorming happening in the wings and by the time it was over, her idea of the Welcome Wagon was underway. Another connection made. And oh, where she’s gone with that and its evolution over the last few years.

Some of those people have become valued friends. I’m better for having them in my life and would find it emptier without them.

In the last year I’ve finally started to focus on publishing books. Something I’ve wanted to do for a long time and never thought I had time. The pandemic put an end, at least for now, of the offline volunteering I’ve been doing, freeing up time and focus.

But, I’ve not diverted focus in the cryptoworld. I’ve been along for the ride helping @dreemsteem on her journey. That smart lady with a million ideas along with the brains and energy to make them happen. She’s not afraid to let something go when it doesn’t work out the way she wanted or it’s time for it to evolve.

She’s introduced us to another great group of people over the last year and we’ve grown into a worldwide family. Something crypto and blockchains do, they bring people together with common cause and community grows.

I have a feeling, there will be another five years flying by and I’ll look up and think, is it really been five more years?

She created Prompt A Day to share with others. You can subscribe to Prompt A Day for a set of ideas in your inbox every Mondays & Thursdays
dreemerhivecryptocreativecoininnerblocksthealliancepalnetctpproofofbrainocd
shadowspub72
via peakd
$ 25.80
255
H2
H3
H4
3 columns
2 columns
1 column
28 Comments