In response to the nation-wide protest against mandatory vaccinations/passports, the news is making such a pathetic attempt to slander us protestors and nurses for standing up for our basic rights. Most of the arguments are complete opposites of the truth or just downright slander. The arguments in the news simmer down to the following:

They're really milking this idea that patients were so hard-done-by and couldn't get to their appointments because there were so many protestors. Ed Prentice, who is obviously reading the media's points verbatim off a script in the video, claims the protestors impeded his ability to arrive for chemo for lung cancer. According to him, protestors attacked the the caregivers who aren't actually there because of COVID restrictions, as well as they "attacked the very people that are there to help everyone". Perhaps someone should tell him that this was organized by nurses who care about patients more than losing their job. He wants to thank the caregivers that "kept on going day after day" (because they didn't get fired for political dissidence). Well, Ed, keep your mask on, head down and keep taking your chemo, and I'm sure these scrubs will take great care of you! To assess the extent to which COVID-19 has disrupted cancer care in Canada, a nation-wide survey was conducted by the Canadian Cancer Survivor Network (CCSN) involving 960 cancer patients, 206 caregivers of cancer patients and 77 patients in cancer pre-diagnosis) from May 22 to June 10, 2020. 54% patients report having a diagnosis, test results or treatment postponed or cancelled, even after "re-opening" in Canada. Patients most affected by lack of medical services were recently-diagnosed patients and those still awaiting diagnosis.

Three-quarters of patients surveyed say that delays in appointments and treatment had a major impact on their mental health. They're particularly concerned about in-person care, including treatment and emergency room visits, as many patients can only see their doctor "virtually". This has immense privacy concerns and is impractical for physical assessment. 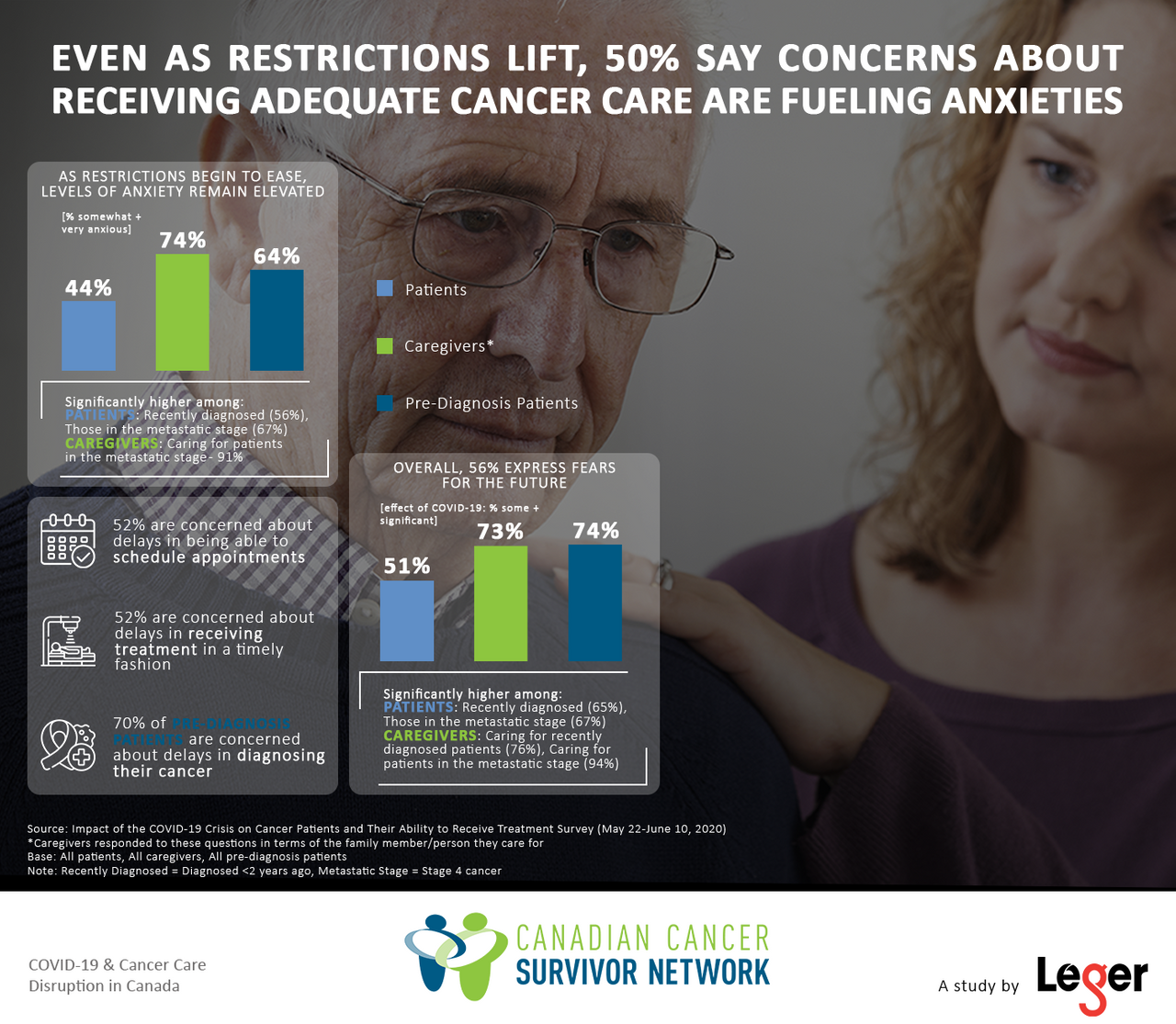 This is really frustrating gaslighting because patients haven't been able to get proper access to medical care since these damned government lockdowns started. Even those willing to put up with forced masking and other shenanigans haven't been getting proper healthcare. People are trying to have babies or say goodbye to their dying relatives and the families are being kept apart.

Ever since 2020, my cancer screenings and appointments have all been delayed, cancelled or turned into useless tele-health conferences. On top of that I was afraid to go to other appointments because the mask mandates went into effect first for medical services which is a population which should be exempt from that. When I arrive at places for medical treatment, I have to wait in the parking lot because there's no waiting room and I do not drive, and I'm often harassed or refused service because I am "a danger to others" for having a legally recognized condition for exemption as well as a doctor's note.