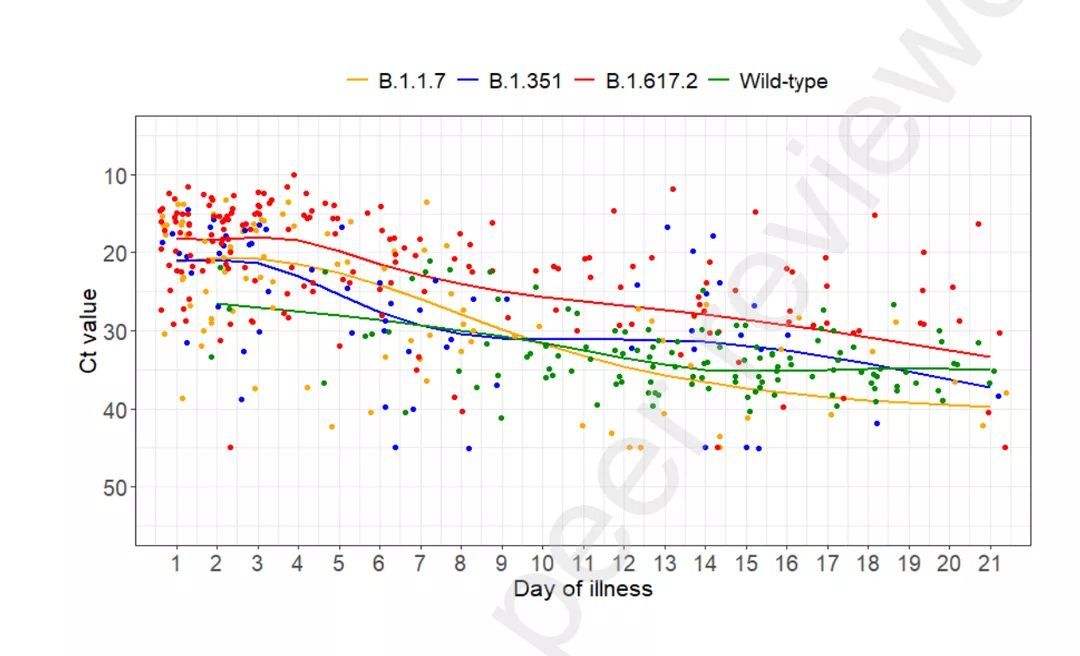 This study of infections in Singapore is interesting in particular because it includes data about the delta variant. We have previously seen some data from the UK indicating that the delta variant might be more severe, although they are not seeing very many older people coming down with it, making it harder to calculate.

Singapore, like the UK, now has the majority of their cases from the delta variant. Unlike the UK, Singapore's delta variant cases are more common in older people, allowing for more data on how this variant behaves in higher-risk populations. They had an outbreak of delta variant among the elderly at a healthcare facility.

Unfortunately, Singapore estimates that the delta variant carries a five-fold increase in risk of severe covid (defined as requiring supplemental oxygen, ICU admission, or death) compared to non-variants-of-concern. The UK had previously estimated a 2.6-fold increase in hospitalization for delta, as compared to alpha. In Singapore, alpha was not more severe than the non-VOC variants.

We still don't have huge numbers of patients in this studies, but the difference is strong enough that it seems pretty likely that the delta variant is at least somewhat worse in terms of severity.

The facility in Singapore doing this study sequenced all cases with a Ct<30, and found 67 cases of the delta variant. 18 of them (27%) were in fully vaccinated people (one AZ, the rest Pfizer or Moderna). Because we don't know how many unvaccinated people were exposed, we can't calculate a vaccine efficacy rate, but it is at least possible that older people are more susceptible to delta breakthrough cases. Remember, the UK found that the Pfizer vaccine was still 88% effective against delta, so it doesn't appear to be a major problem for all ages. Fortunately, the breakthrough cases in Singapore were all mild.

Another interesting finding was that people with the delta variant were PCR positive (below a Ct of 30) for a longer period of time. People with a Ct above 30 are unlikely to be contagious, and so were not included. So it looks like a 14-day quarantine is not sufficient for the delta variant, at least in this population. This may be how the virus is spreading. If you were a virus and wanted to spread, being contagious for 18 days instead of 12 or 13 would go a long way, especially in a background of people who are assuming that they are safe to go out after 10-14 days. Still, I'd like to see data on actual infectivity on cells, rather than just PCR levels.

In addition to the amount of time that they are PCR positive, the worst PCR Ct reading over time was on average about 16 for the delta variant, as compared to 32 for the original variant and 21 for the alpha variant. (lower numbers correlate with more virus) This suggests that people infected with the delta variant are more likely to be superspreaders. Although again, I'd really want to see more data than just PCR Ct numbers before saying that for sure.

If you are fully vaccinated and have antibodies, I still don't think that you need to panic over the delta variant. If (when) it shows up in my area, I will probably go back to wearing my N95 when I go out shopping, at least until we have more data on breakthrough infections. My area has low vaccination rates, which means that there is a greater likelihood of being near a superspreader of the delta variant.