ropavejero57
3 years ago
in#charity
Greetings to everyone who visits my blog, this is a translation made of my post, through Google translator.

As usual, my blog is taken almost at all for the Ropavejero initiative for some time. That is to say, this is an initiative that began in January 2018 and to this day continues to build dreams with the help of the steemit platform and reaching the institutions most in need. To date, there are several beneficiary institutions and there are more than 1500 students who have been directly or indirectly favored with this initiative.

In addition to the institutions, this initiative is intended not only to benefit schools but also to other fields of society. In that sense, it has also benefited institutions such as outpatient clinics and even individual people who have needed some emergency financial support. In this publication, I will comment on the contribution to some educational and / or community institutions with this initiative. This is how I can say, that dreams can be fulfilled in one way or another with the support of the steemit community.

About 15 ago a friend of the platform (although I have not yet been able to converse with him as I would like), who has shown great appreciation for social work and has sought to be part of the aid to more citizens in the world; He made a donation of 30,000 STEEM to the Ropavejero initiative. This great person is called @fulltimegeek within the platform and as I said, is a person who helps thousands within the platform. And on this occasion, I want to make a publication about what has been done with this donation. 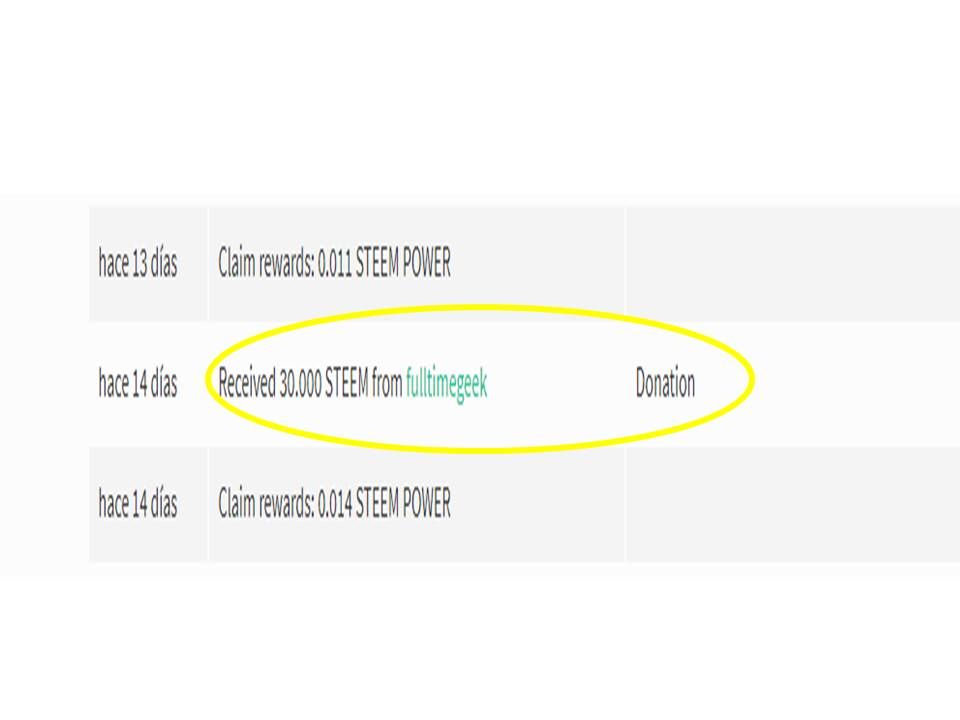 Whoever has read my post, will know that I am from a fairly small community in the Guárico state. Specifically in the municipality El Socorro and this village is called: Chupadero. It is a thriving population and for a long time it has been advancing at a great pace to achieve growth in tandem with what is happening in Venezuelan society. Of course, to speak of Venezuela at present, leads us to think about its economy and the difficulties that are being experienced in our country.

Precisely the above, is related to what happens in public or community institutions such as the case of the Community Outpatient. In this clinic that has been opened for more than 10 years, there was no Tensiometer for the community in general, that is, for more than 5 years, patients with a hypertensive crisis could not go to the only outpatient center. Take the tension, simply because there was none.

In that sense, with what was donated by the friend @fulltimegeek, the first thing that was done was the purchase of a digital blood pressure monitor to be donated to the ambulatory and for the benefit of the entire population of Chupadero. Of course, as was to be expected, it was a dream come true when suddenly, he is given the instrument that is so valuable and necessary for any community. The emotion is indescribable, to see how it benefits an entire community, that for more than 5 years I was waiting for an endowment of this instrument and from the arrival of the donation to the delivery of the instrument only spent about 10 days, this is what I mean to thank people like @fulltimegeek and the platform itself.

This tensiometer is Digital and has had a cost (with batteries included) in Bolivars of almost 49,000,000.00. For those of us who live in this country, we really know how important this economic investment is and how difficult it is It is done to achieve such amount for ordinary people. However, the contribution of people within the community is what makes it possible to achieve goals that for many seem unattainable.

This delivery took place on Tuesday, July 31, 2018. My person was in charge of speaking with the person in charge of the ambulatory and explained what the donation was about. At that moment, being around 9:00 am, the place was reached and with the people of the community, the instrument was delivered. As expected, many people came and showed the emotion of receiving this device so important for everyone. In fact, as you can see in the images there was presence of children from the community and several of the older ones, they took the tension to do the tests of the Tensiometer.

The joy expressed by them was evident, many of these people explained that many times late at night, they had to move to other places outside the community in search of a tensiometer to measure their tension. Now, it's just around the corner and it helps them a lot especially in emergencies. That is why the donation of this device, has brought joy to the members of this community who so much need it. I must point out, that this problem is solved thanks to STEEMIT that allows to continue dreaming.

It is necessary to say that, this is the first donation of several that have been made directly, that is to say; Here I explain what was done in the outpatient clinic, but in other publications you can see other types of materials for the achievement of dreams in other dimensions of the community as well as Chupadero or others of El Socorro Municipality. Honestly, I can only thank the entire STEEMIT community and especially @fulltimegeek for their enormous and valuable contribution to the initiative.

In this small paragraph I want to record what happened so far with what is stated in ROPAVEJERO EDUCATIVO V. As you may have noticed, an advance was made on what was done at the School of the Symphonic Orchestra of El Socorro , where it was intended to provide solutions to several problems. In fact, an amount of money was collected thanks to my person's post, @crisangel and contributions from @enginewitty. This contribution was distributed in materials for the construction of a retaining wall and painting for one of the classrooms.

What is stated in ROPAVEJERO EDUCATIVO V, is still open, because for various reasons that I will explain in another opportunity, I do not know he has executed the retaining wall despite the fact that the Coordinator of the Educational Center already has the material in his hands. So for now, I am working to respond to this initiative and therefore, I continue to advance other ideas such as those raised in this publication.

To close the present, I thank infinitely to:
@fulltimegeek: for his contribution not only with the donation made, but also with the support of its bitbots ... Thanks ROPAVEJERO ...

@anomadsoul: who since he started with this initiative of ROPAVEJERO EDUCATIVO, has been constantly present. Thank you ROPAVEJERO ...

@abigail-dantes: for your support in the different publications of the projects and many others. Thanks ROPAVEJERA ...

@elteamgordo: for your constant support in my publications. Thanks ROPAVEJERO ...

@enrique89: who has quietly supported the idea of ​​junk and does great things for many within the platform. Thanks ROPAVEJERO ...

@penssif: who since we talked, has contributed to this initiative constantly. Thank you ROPAVEJERO ...

Of course, to all those who humbly accompany the pasovejeros steps since I started with all this social work: @crisangel, @luis07, @javisem, @shikamaru and my dear @jayoxaju ...

To you infinite thanks for your support ... To the teams of @votovzla, @reveur and @provenezuela for their constant support ...

For every person in life there must be a purpose. Perhaps, the best of these is selfless devotion to others.
TOM ROPAVEJERO