Oh hi! So nice of you to join me! Let's talk about everything and nothing.

Yay, another one of foodie's random blog posts!

So I could slap some screenshots together, tell you about my gaming adventures and probably earn a lot more cryptos compared to this lovely little post (Thank you followers and Hive Gaming Community, I appreciate it!). But hey, a girl has needs. Mainly to talk about herself.

Can't let my game characters get all of the attention!

So enough about them! I might be jobless now, but my life isn't completely boring. I do things. Like... tv watching... gardening... reading (with my ears)... gaming... Oh shoot, not that again.

Yesterday! I had so many plans yesterday. The sunny days are finally upon us, as are the warmer temperatures. So I was going to plant the remainder of my potted veggies. I figured I'd do that early in the morning, with the sun out, but not at 'scorching levels' yet. Yes, I can make smart plans.

The sun was not out in the morning. There was mist, which meant it wasn't as warm as I wanted it to be. So I stayed in, Hiving, until I remembered I had loads of rhubarb waiting to be picked and cooked. So with the no-sun situation going on, and an easily distracted foodie, I decided to pick rhubarb and start cooking it.

Ofcourse that's when the sun came out and the washing machine was done and my picked rhubarbs were waiting to be cleaned and cooked by me, not the sun!

Hectic situation over, I cleaned the stalks, cut them up, threw them in my biggest pan and with a small bottom of water, turned on the (electric) heat. One hour later, my rhubarb compote was done. I threw in a bunch of sugar, then some more, then some more (soooo sour) and let it cool off.

This was my second batch. My freezer is now full of jars filled with rhubarb compote (and I don't even like it that much!) and my garden still holds many more of these stalks. I think I need to get to know more people, so I can share the burden. I mean, give away the super tasty stuff!

Rhubarb. Not my first choice, but it was there when we bought the place, so I figured why not? It covers a nice portion of the edge of the garden, so I don't have to pull weeds there. Positive side!

I did more things!

Last weekend, hubby and I grumpily decided it was time to hang up the mosquito net thingy at the patio door. This is one of those build it yourself things, of which we have had three for about three years now, all neatly stashed away in their original packaging (procrastination at its finest). They moved houses with us and with summer around the corner, in a single story house with a flat roof, I decided there was no way we could do without for another year. We'll need those morning and evening breezes.

Hubby and I aren't the best DIY team. I am slow and precise, he is impatient, because he'd rather be gaming.
Overall, we managed to get through all of it without any kind of bad words or fighting. I dare say, there were even a few laughs! I'd say we did a great job! Now there's only the back door left... And a couple of windows... Two at the very least, four would be perfect.

Gotta have goals in life, right?

Oh, also, I decided to try and be nice and do a Tekken 7 giveaway. I mean, I know it's not my cup of tea, but I can't even seem to give this stuff away. Ah well, atleast I tried to do a good deed. It's the thought that counts, right?

Are you having fun yet?

They say you should end at your peak, so we will stop here. "Leave them wanting more" they say.

Don't you hate people who don't finish their 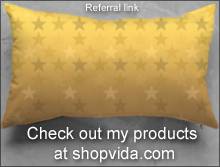 Thanks for stopping by! If you've enjoy this article, try my other sites:
| Foodblog | Redbubble shop | Vida shop |