My Letter to the Judge on Jared Rice Sentencing

I had the opportunity to write a letter on Jared Rice's behalf to the judge who will be sentencing him after he's been held without bail for 2.5 years already. Thought you might like to read it. If anyone would like to write a similar letter on Jared's behalf, you can sent it to his representative here: jeff@peepsx.com. We'd like to get 30 or so letters from people the government harmed by unfairly taking down Jared's projects. 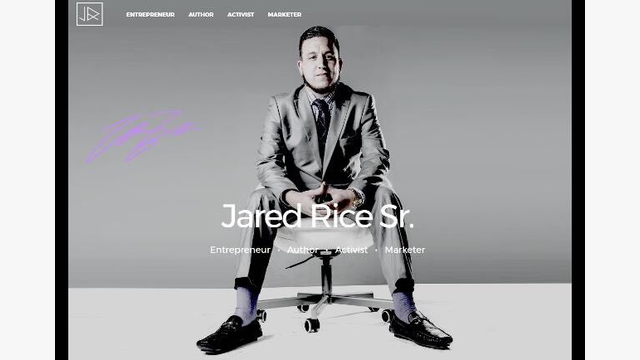 To the honorable Judge handling sentencing of Jared Rice:

Your honor, my name is Stan Larimer. I’m here to speak on behalf of the investors in Arise Bank. I’m moderately well known in the blockchain industry but my son, Dan Larimer, is probably one of the top five biggest names in the industry. More than a dozen blockchains have been based on his software with a combined market cap in excess of many billions of dollars. He successfully brought that much value to people who invested in his projects. In 2018, He did the largest initial coin offering in world history, raising over 4 billion dollars. His company, block.one, recently signed an agreement where the SEC gave its blessing to this activity in exchange for a one-time payment of 24 million dollars without accusing block.one of any wrong-doing.

Compare this to the case of Jared Rice. He was not given the chance to deploy the blockchain project he had developed to generate a return for his investors. Instead, the FBI cut him off at the knees in a pre-dawn SWAT team raid that took everything he owned. They took his computers, his phones, his investors’ funds, and the software he was about to release to return value to his investors. They even took the law firm he had retained to represent his company. This left him completely destitute and unable to afford legal representation that might have allowed him to reach a deal like my son got. In other words, they cheated. They asked him, “where are the hookers and drugs and hot cars?” Of course, there were none of those, just honest engineers trying to change to world for the better.

Jared’s project was every bit as big and full of potential as my son’s. If the government had not interfered, he would have delivered a project worth hundreds of millions if not billions to his investors – and no one would have accused him of fraud. It was the government that inflicted all losses on his investors by seizing their donations to melt away in value and by destroying the software he was about to release to them.

Jared was coerced into signing his plea agreement. What else can you call it when a government with a 97% win record threatens you with 120 years in jail after locking you in solitary confinement for two months? Really, it's no different than putting a gun to his head. Jared had reached a point of deep despair when he pled guilty to making a couple of minor unintended misstatements, which he had quickly corrected and offered refunds to anyone who asked. This does not rise to the level of fraud claimed by the government. Not 120 years’ worth. Not five years’ worth. Not even the years he has already served because they unfairly denied him bail. Jared defrauded no one while the government demolished all of the value he had built for his investors. They even deliberately set out to destroy his company’s brand name and his own personal reputation by publishing false accusations throughout the industry.

In the months that followed the government raid, while he was successfully negotiating a settlement with the SEC like my son’s, and before the government reneged and arrested him anyway, Jared set out to rebuild a new version of his software so he could make good for his investors despite this horridly unfair treatment. I’ve never seen such productivity! He just about had it ready to release again when the company where he had been leasing his development server suddenly pulled the plug on his account and refused to return his software. This also happened to me, when my website to raise money for Jared’s defense was suddenly and mysteriously closed. This could only have been due to some powerful dark force in the government ordering them to shut us down. So once again, the government cheated Jared and his investors.

Jared was not deterred. He immediately set about rebuilding once again, this time inventing something even bigger – a decentralized version of the world wide web that could not be shut down by government dirty tricks. He produced 120 web sites and 32 decentralized applications built on his decentralized Web. All the while he has been in prison, he has continued to work on it, writing his code down on a yellow tablet and mailing it outside to his development team which has stayed with him without pay. This is a huge new development that will be much bigger than his original billion-dollar idea. It will probably be bigger than my son’s multi-billion-dollar project. If he is allowed to complete it, it will make all his investors completely whole many times over. This is not the work of a fraudster.

So, I’m asking your honor to think about Jared’s investors when you pass your sentence. None of us hold anything against him and we don’t feel defrauded by anybody but the government. Those people claim to be there to protect investors but they have a funny way of showing it.

If you lock Jared up and convict him of a felony, you’ll damage the value of the shares in his new project which he has distributed to all of his investors to make good on his promises to them.

If you set him free, without a felony conviction, and demand the government issue an apology to them, the value of this new software will soar and undo all the damage the government has fiendishly tried to do to them.

Please also require the receiver, Mark Rasmusen, to quit siphoning value from all the investors funds he seized. He has only returned half the money he holds. It's clear he plans to keep the rest to fund his own exorbitant fees. He has no excuse for not returning all of it, because the source of every donation is recorded on the blockchain. He should be required to return the tokens at the value they had when they were first seized. In the case of BitShares, he owes us at least 18 times the amount he currently holds since the price has fallen from 90 cents to 5 cents while he has held them. Such was the damage the government did to BitShares by taking away the value Arise Bank would have brought to it. Jared should also receive the $500K in back pay he would have received as his CEO salary if the government had not interfered. This could be taken out of the $24 million the SEC took from my son’s company if you need to find a source.

Please give us back our lead developer, restore his reputation and our funds, and discipline the unsavory power crazed people who did this to us. Jared has suffered years in prison for the moral equivalent of jay-walking. He doesn’t deserve to spend even one more day in prison.

If for some reason you can’t see your way clear to do this, at least release him to confinement in his own home where his development team can work with him and he can have access to state of the art computer equipment so he can more efficiently continue to return value to his investors.

That is the only way justice will be served in this case.