While compiling my post Art Talk: Moore across America I realized that for the section on New York I could only highlight a few of the pieces from the exhibit of Henry Moore called Moore in America at the New York Botanical Gardens.

Ten Years ago today, October 25, 2008 I flew from Arizona to New York City to go the Henry Moore exhibit called Moore in America. The New York Botanical Gardens is gorgeous 250 acre garden just north of the Bronx. 20 sculptures each weighing up to 5 tons where strategically placed throughout the garden. It was a spectaular experience. 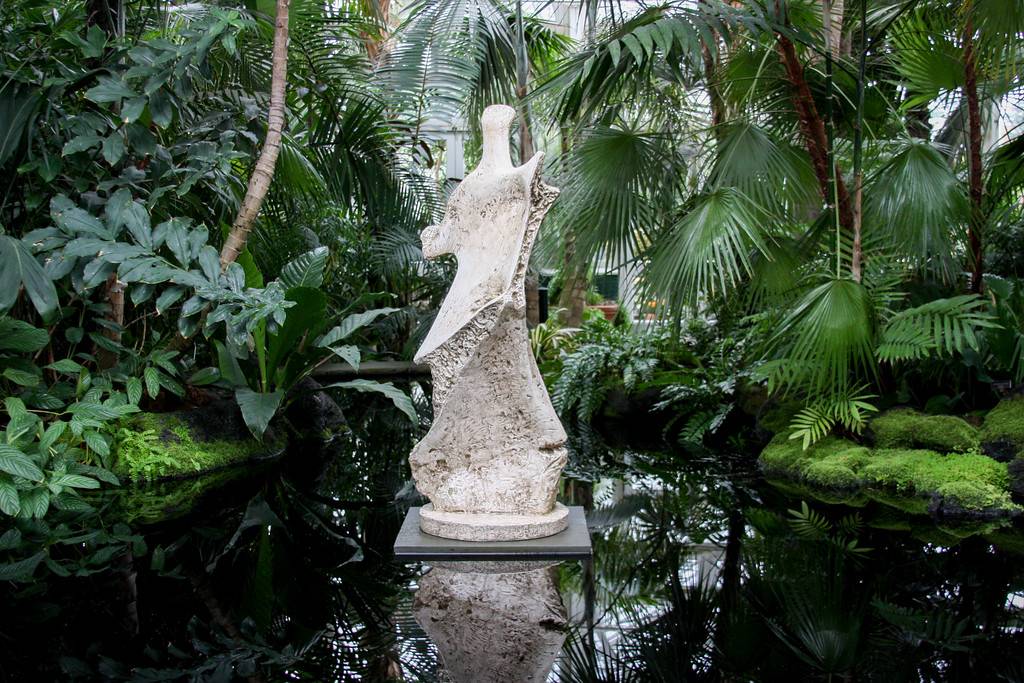 In Art Talk: Moore Across America we learned a little about Henry Moore.

Now, lets look at some of his inspirations and themes as seen through the works in this exhibit

"Moore relied on a variety of natural sources for is ideas for sculpture, such as bones, stones, pebbles, shells and wood". He had an innumerable bone collection from the tinniest bones of a bird to the skulls of a black rhinoceros and an African elephant. [1]

In the two examples below we see the inspiration of bones and stones. 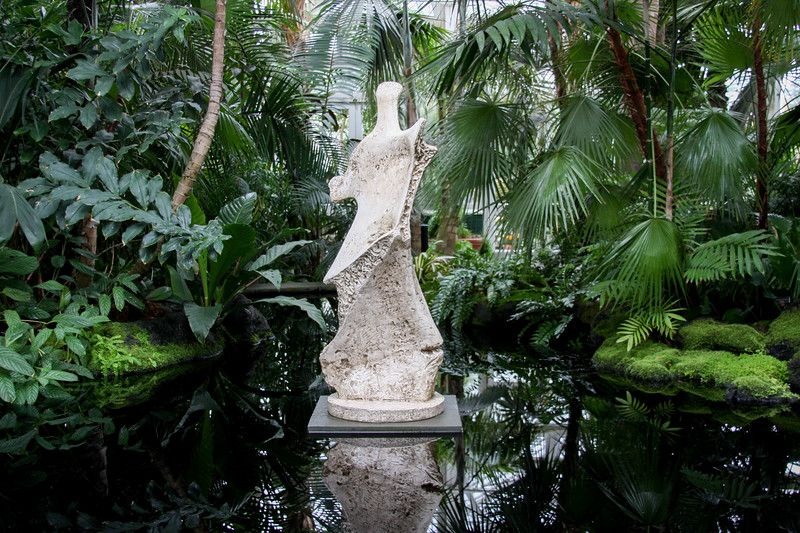 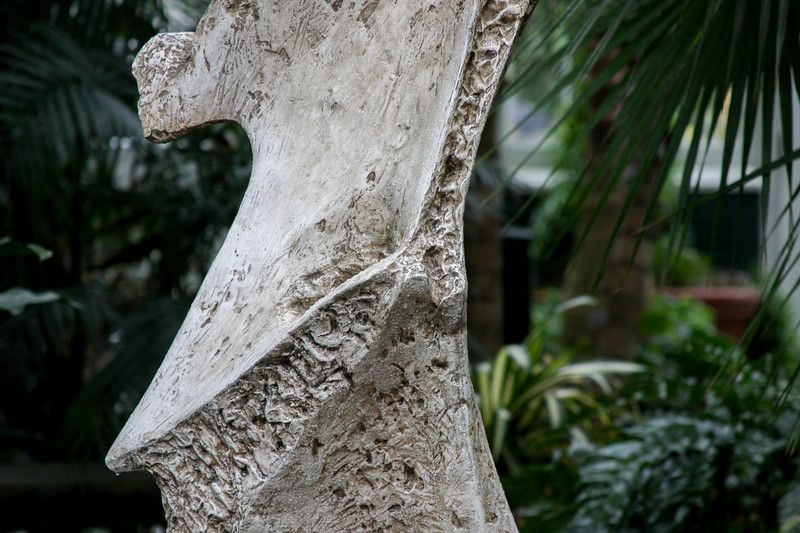 When I first walked up to this piece in the Haupt Conservatory a few things drew my attention.
First, the contrast of the white "bone" and the green was really beautiful, making the piece really stand out.
Second, from a distance it looked like a human form with the head, shoulders, torso, body.
Third, closer to the figure you realize that it is missing body parts, such as arms and a face
Fourth, you can see the spongy bone on the edges of the figure

What do you think of this piece? About this piece Henry Moore said, "I was playing with a couple of pebbles...[and I found that]... they got locked together and I couldn't get them undone and I wondered how they got into that position and it was like a clenched fist... This gave me the idea of making two forms which would do that and later I called it Locking Piece because they lock together. Moore, ca. 1980 1 Moore used many different organic forms to make his art work and to gain his inspiration for it.

There is a connection psychologically with Moore's practice of extracting found objects from the earth and returning them to the landscape as pieces of sculpture. 1

In 1979 Moore said, "The 'Mother and child' idea is one of my two or three obessions, one of my inexhaustible subjects...But the subject itself is eternal and unending, with so many sculptural possiblities in it- a small form in relation to a big form protecting the small one, and so on. It is such a rich subject, both humanaly and compositionally, that I will always go on using it." 1 The Mother Child theme is something that Moore explored throughout his career. Here we see two very different mother and child bronzes.

What do you think about the similarities? the differences? The difference 26 years makes in his life and the world?

In regards to the Mother and Child, 1949 sculpture above I would like to share a quote that I found beautiful and moving.

In the traumatic aftermath of the Second World War, in which a quarter of Britain's capital city lay in ruins and rationing continued well into the subsequent decade, new approaches to public sculpture were needed. Particularly through their siting in recently rebuilt towns, Moore's family groups, reclining figures, and mother and child sculptures were imbued with a civic purpose-- renewing community spirit and projecting a sense of continuity with the past as well as optimism for the future.1

Figures as landscapes and Reclining Figures

Henry Moore was constantly in nature and drew inspiration from it.

He believed that observation of nature is a crucial part of an artist's life and he is considered the first sculpture to have created work specifically for siting in the open air. 1

As an artist do you take time to observe nature? What does that do for you and your art work?

Sculpture is an art of the open air. Daylight, sunlight, is necessary to it, and for me its best setting and complement is nature. I would rather have a piece of my sculpture put in landscape, almost any landscape, than in or on, the most beautiful building I know. Moore, 1951 1 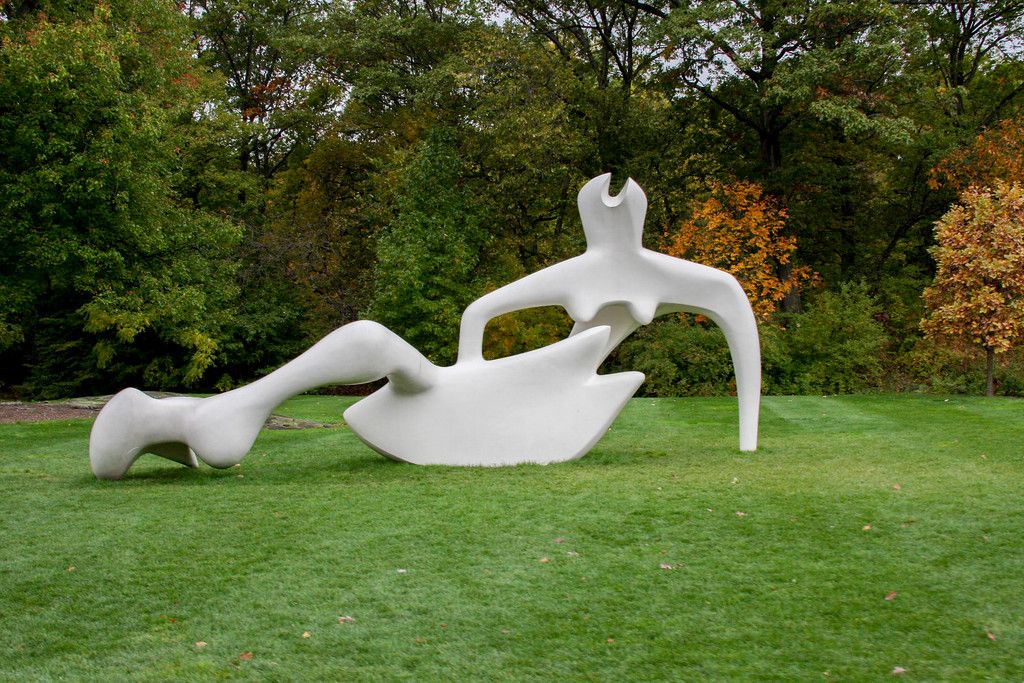 Below is great story about Large Reclining Figure.

Moore originally made this piece in 1938. it was 13 inches (33 centimeters) and made out of lead. He then photographed the maquette against the sky and hills of the Kent countryside to make it appear colossal. From 1938 to 1984 he converted his 13 inch (33 centimeters) lead maquette to a 29.5 feet (900 centimeters) figerglass sculpture. 1

It is a beautiful, graceful figure that resembles the landscape that so inspired Henry Moore and it feels so at home in the garden. 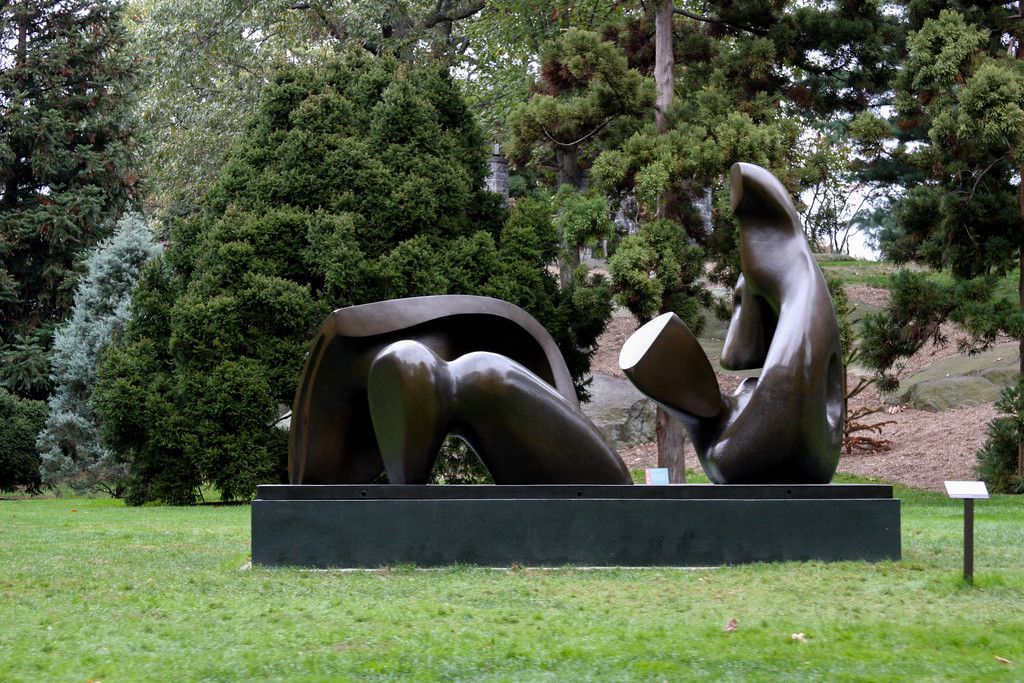 MIT (Massachusetts Institute of Technology) also has a Three Piece Reclining Figure: Draped on their campus and according to the MIT List Visual Arts Center:

Moore desired his sculptures to assimilate into their surroundings. This attitude is especially manifest in his reclining figures through which he explored the shared qualities of mountains, hills, and the reposing female form.5

Each of these pieces is also a reclining figure which was a theme so prevalent in Moore's work. 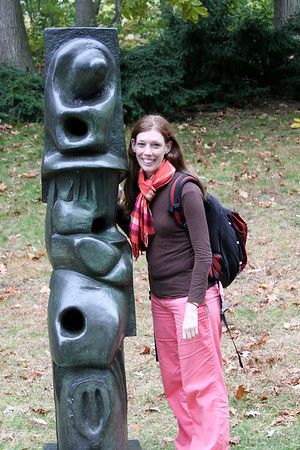 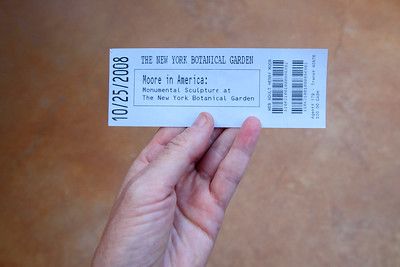 Still have my original ticket! It inspired this post.

Experiencing Henry Moore's monumental sculpture in the wonderful New York Botanical Garden was an experience of a life time and I hope you enjoyed reviewing it with me, on this 10 year anniversary.